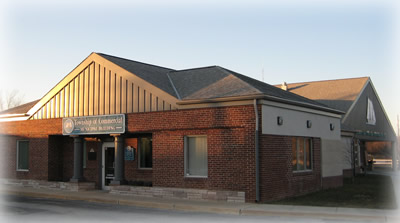 The fortunes of Commercial Township have always been tied to the Maurice River and theDelaware Bay.

Port Norris is best known for its oyster industry. The area prospered during the heyday of oystering but the resource has declined due to parasitic predation in recent years. The days when the oyster fleet worked the bay under sail are long gone but the remains of the fleet still dock here and there is considerable commercial crabbing, net fishing and recreational boating.

A railroad spur was built at Bivalve in 1875 and oysters were shipped in the shell by boxcar. Construction of the first shucking house in 1922 forever changed the way local oysters were marketed.

Mauricetown began to grow after streets were laid out in 1817; Reminiscent of a New England village, with its white church steeple reaching skyward, Mauricetown is perched on a high knoll overlooking the river. Historically it was a center for the coastal trade with schooners sailing to Philadelphia and along the coast from Nova Scotia to the West Indies. Mauricetown once had many shops, a shipyard and its own newspaper. Today it is known principally for its restored Victorian homes and antique shops.

Laurel Lake was first promoted as a summer resort around 1927 and gradually expanded into the present community of year-round homes, now comprising about half the Township’s population.